I’ve had Photoshop on my computer for years, but I’ve mostly used it for, y’know photos. And doodle-related stuff. If I was using it to put text on something, I might put an outline around the text. Or a drop shadow. That was about the limit of my Photoshop text experience.

Recently, I’ve had my eyes opened that you can do some really cool text effects in Photoshop.

We bought a package of vintage and retro text effects (they were on a hella good sale, which sadly ended a couple of days ago). I took a look, and as is usually the case when seeing something cool and artist, I wondered if I could learn how to do that kind of thing.

Here’s a sample from the package we bought: 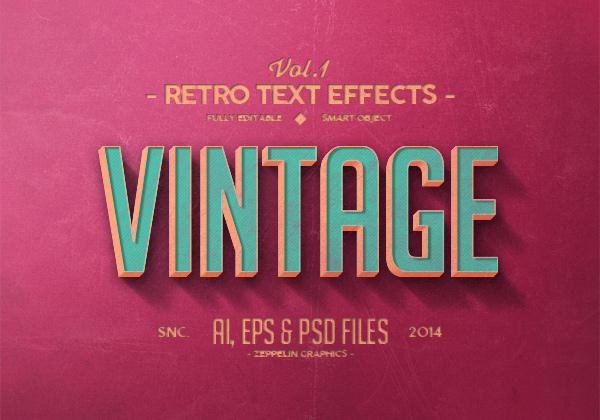 It’s pretty cool. Textured background, textured letters, lots of shading and shadows and groovy crap like that. So since I had nothing better to do with my day off today, I’ve searched around the internet for tutorials and how-to guides for some Photoshop text effects.

There are a ton of sites out there with “50 great text effects” and such. I browsed through those until I found things that looked cool. Here are some of the things I learned to do today: 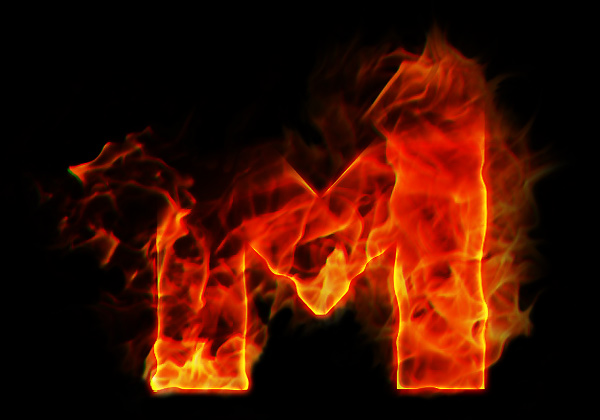 The letter M. ON FIRE!

Here’s a flaming letter, from a tutorial over at 10 Steps. You do a bunch of manipulation of the text itself, then you actually put a layer of a photograph of fire over the top, and manipulate that too! 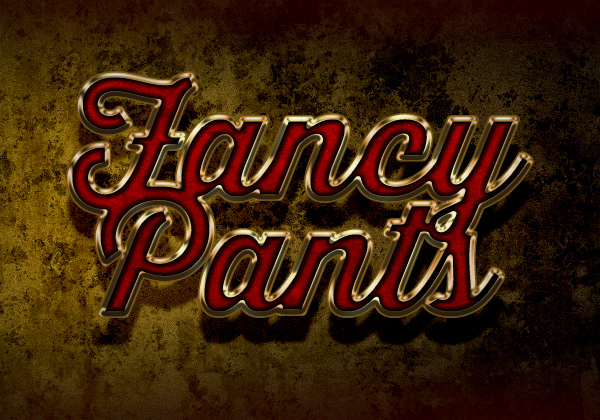 For a lot of these, I put in text that seemed to fit the style. This is a totally fancy-pants tutorial from Tuts+. (I will confess, I only made it halfway through this one; their final product is way cooler than mine. But I did this one just before lunch, stopped at the mid-way point, then decided to just save it and move on.) 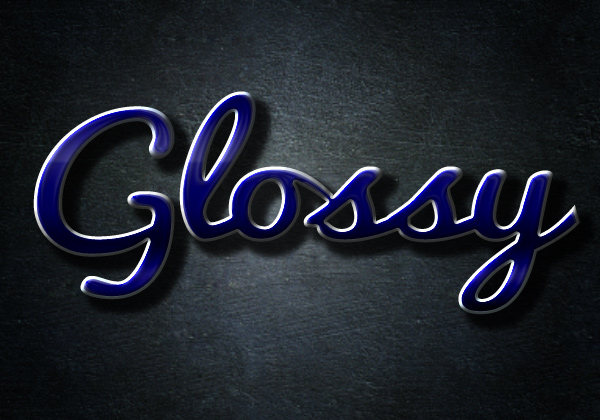 This is a glossy emblem tutorial from Hongkiat — they’re a great source for lots of tutorials. I changed a number of the settings, including the color, and used a different background. But I really like the look of this one; it has a kind of fluid look, like someone filled in the words with wet fingernail polish. 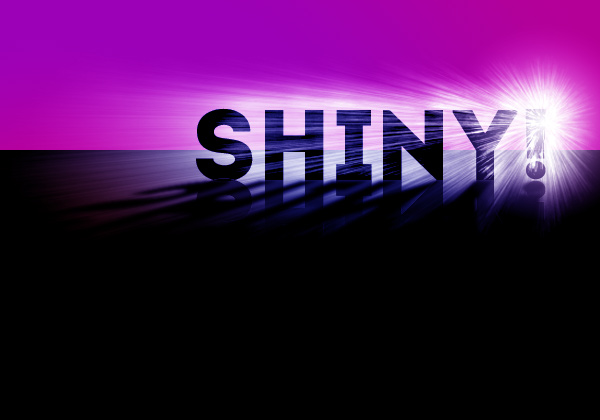 Here’s a really cool light burst effect, thanks to a tutorial from Designer Freelance. I thought it was quite shiny. The shadow of the text stretching along the ground made me extra happy. 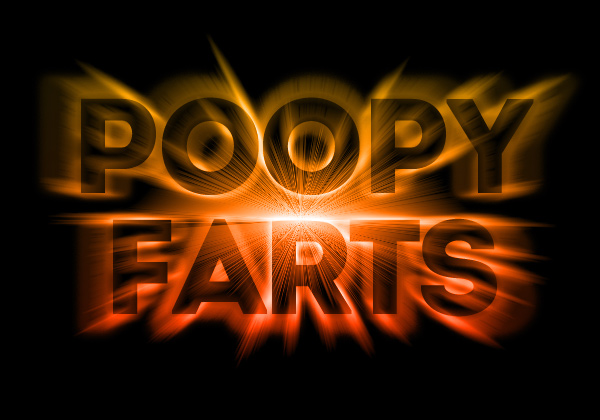 I am a mature adult.

Last but not least is my favorite of the lot, this light burst from Photoshop Essentials. And no, it isn’t just my favorite because of the text I used. Although I’m delighted by that, too. What can I say, my inner child is a 13-year-old boy.

I’m excited to try more tutorials, because in each one, I learn about a text effect or filter or other Photoshop trick I’d either never used before, or I’d never used it quite that way. I’m sure I’ll get around to doing more this evening, since there’s nothing else to do today.

So happy Photoshopping friends! Merry Christmas to all, and to all, poopy farts!