One for my baby, and one more for the road…

I love to travel, but I also love coming back home at the end of a trip. The cats are overly affectionate, I slept great in my own bed, I can sit quietly with nothing to do and nowhere to go.

Some brief notes about the grand voyage — first off, Arizona. Mesa, to be specific. It’s part of the “Greater Phoenix Metroplex,” which means that Phoenix is in the middle of a big ol’ circle, and there are tons of other cities ringing it: Mesa, Chandler, Gilbert, Scottsdale, Glendale… overall, the area has over 4 million residents (I just read that the city of Seattle is home to just over 500,000 residents). Simply put, it’s a big area. They have all the room they could ever want for expansion. We drove in from Las Vegas, and once we reached the Phoenix area, there was still an hour of driving to get around to the other side of the Phoenix area. The entire town of Mesa is big and flat and laid out in a beautiful grid. It’s an urban planner’s dream. But once you get into the city, you see that it’s just endless strip malls, drug stores and “adult” retirement housing communities. Every house in my parents’ community had at least one fruit tree in the front yard — juice oranges, navel oranges, grapefruit, the occasional lemon (which gave me Simpsons flashes) and one kumquat tree which had already been picked clean. I brought back some fresh-picked lemons, which are so sweet you could just eat them straight. Mmmmmm.

Onward. On Monday we drove up to Laughlin, Nevada to spend the night. Laughlin is a strange little town on the Colorado River — there are big casino/hotels, but there are RV parks galore. We stepped into a McDonalds in one of the casinos, and we were the only two people under the age of 50 in the room. I guess it’s a more laid-back, relaxed version of Vegas for the elder set. It’s like when I have to visit the gastroenterologist; I’m usually the youngest one there by at least a couple of decades, which makes me feel like a kid again. On the plus side, our room at the huge, nice Harrah’s was only $19 for the night. And since we went over to the Ramada casino (wrap your brain around THAT concept) and won almost $40 with our last quarter (raw luck, I assure you), our room and meals in Laughlin were paid for by the magic of legalized gambling. 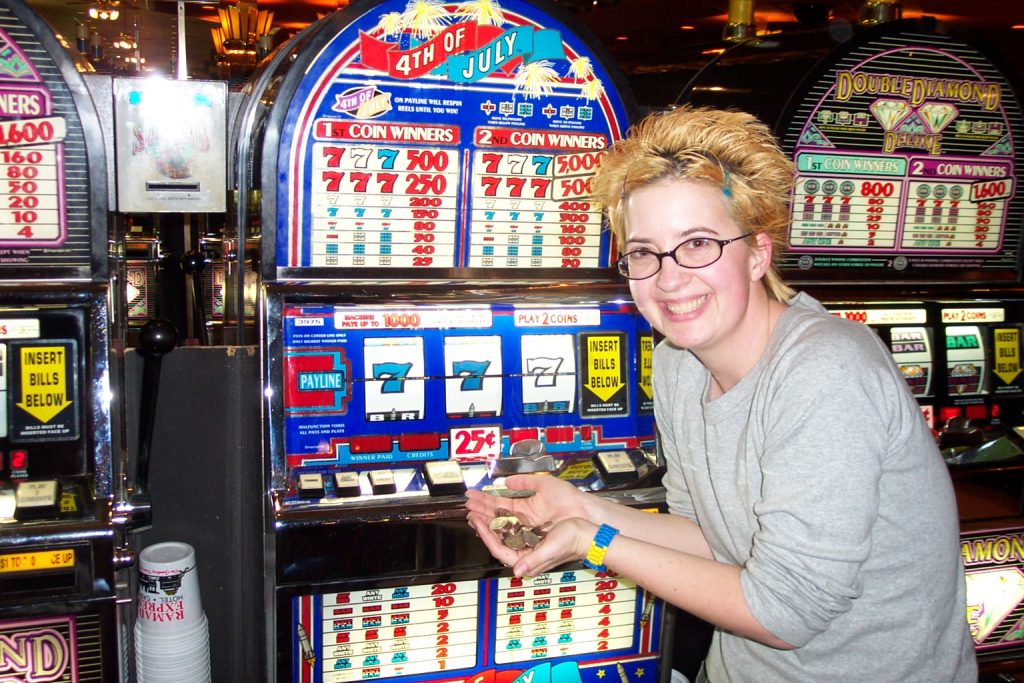 Back to Vegas on Tuesday. A nice two-hour drive into town, then we bummed around downtown (had the Paradise Buffet at the Fremont Casino for lunch, and it was very not bad) and then blew our last hour at Treasure Island before heading to the airport. Overall, a very relaxing and fun trip. However, poor Scott has to leave this morning and drive to Bend, Oregon for a few days of road comedy. So it was nice to spend so much time with him, as I’ll be a Comedy Widow for a few days now.

As for now, I have several dozen emails to return. Sucks to be so popular! 🙂