We’re back doing Atkins again (and doing very well, I might add) but the baking urge is heavy this time of year. So here’s some tasty low-carb coconut cheesecake, made in muffin tins for easy portion control! 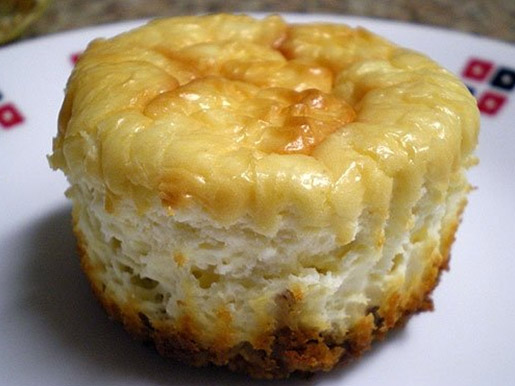 Press the nut mix down into 12 muffin cups. Put the whole tray into the fridge to let the butter firm up.

Mix together the coconut, coconut milk, eggs, vanilla, cream cheese, and 12 packets of Splenda. Mix well, and don’t worry about overmixing. No gluten to worry about!

Divide the cheese/coconut mix between the 12 muffin cups. They’ll fill up pretty much to the tops.

Bake at 350°F for 25-30 minutes, until they’ve puffed way up and are getting golden brown on top.

Let the cups cool on the countertop for an hour (they will settle down in size), then put in the fridge for another hour. I put them on paper towels (the bottoms will be buttery) in chilled pie pans, to get them cooler faster.