First off, take a look at my starter. It’s still doing beautifully — I fed it last night before going to bed, and marked the level. You can see that overnight it rose to over double the size, leaving behind a high-tide line. By this morning, it was back down (but still higher than the start point, due to the gases inside). 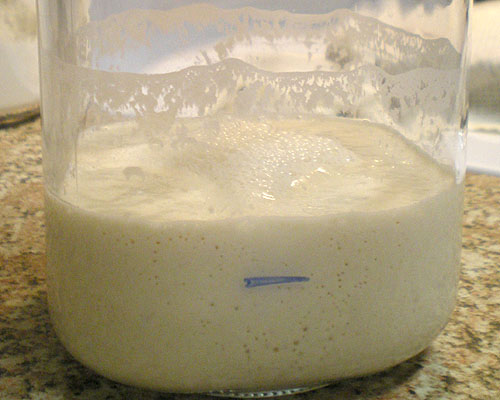 I had Scott mix the sponge for me around 8pm, since I was at work at the time. I wanted to try an overnight rise, so when I got home at 10:30pm, I made the dough. It’s a pretty firm dough, and got hard to knead really fast. It’s shiny because I rubbed oil on the outside of the dough ball to keep it flexible. 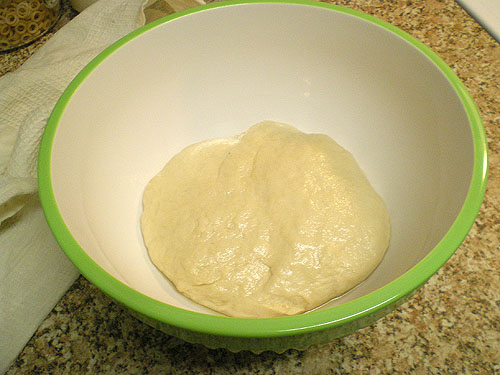 It grew huge overnight, and I punched it down around 6:30am. Then I blearily staggered back to bed. This is the second rise in the bowl. 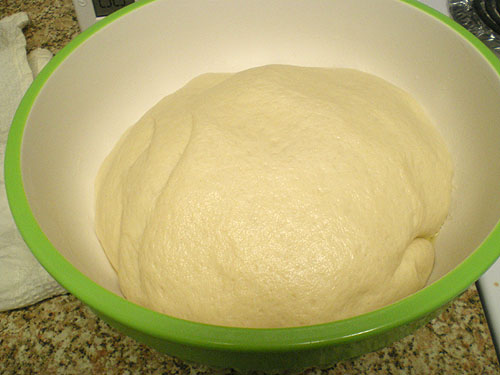 In order to develop more sour flavor, I wanted to do a long rise at a cooler temperature. But the fridge is TOO cool — I wanted something around 65°. Which is difficult to find in an apartment in Florida. So I tried to make the oven into a cool box — I put a bowl full of ice water in there (on top of a towel on a pan, to collect condensation) and kept the door closed. It worked! By 1am, when I went to bed, it’d dropped from 75° to 66°; and at 6:30am, it was a nice 64°. 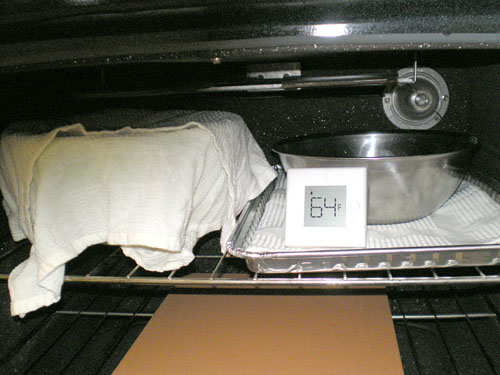 At 10:30am, I was up for the day and ready to go. I punched the dough down a second time, then kneaded it some and cut it into thirds, forming three loaves. I covered them with a damp kitchen towel and let them sit on the stovetop for a few hours. 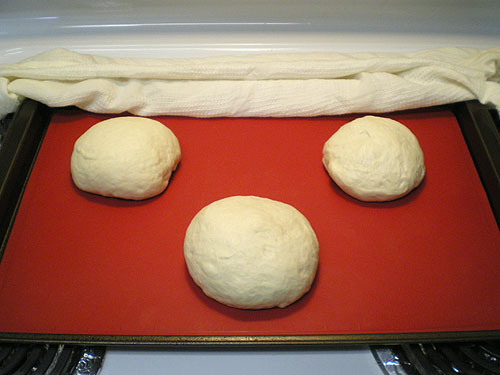 Around 2pm, the loaves had risen beautifully, and the dough didn’t spring back readily when I poked it. Ready to bake! (The hidden Mickey is purely unintentional, and not terribly hidden.) 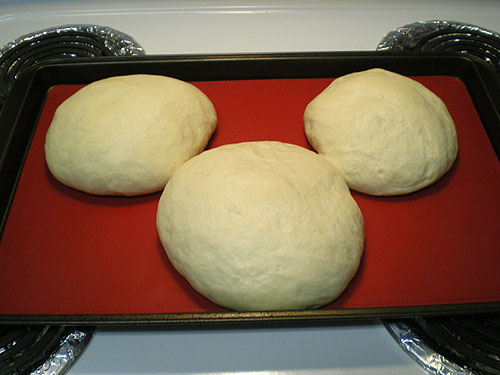 And here’s the bread. It’s got a nice crunchy crust on the top, while the inside (the “crumb”) is soft and lovely. And you can definitely taste the sourdough, though it’s mild. Much to think about for the next time — an even longer rise could result in more of the bacteria living and dying, thus making it more sour. I’ll have to read up more on the internets. 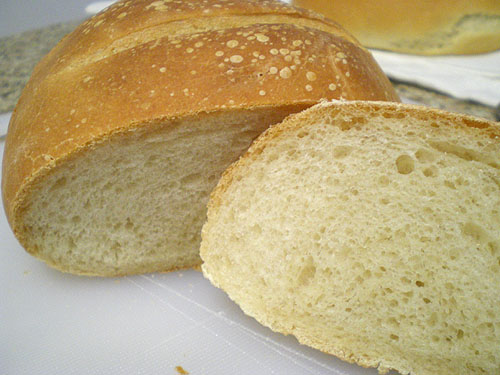 And in non-bread news, we got a new set of glasses at IKEA this weekend. Swanky! 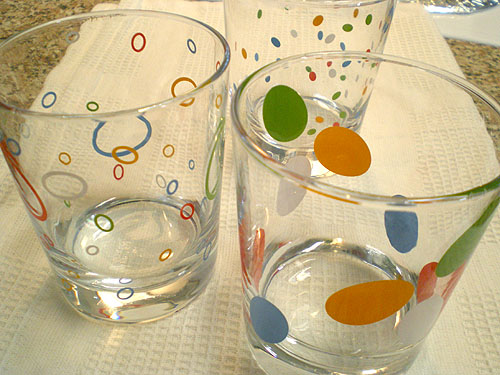