I have the starter, so I figured, why not try bagels? How hard can it be?

I mixed the dough the day before, then stuck it in the fridge while I went to work. I took it out of the fridge the next morning to let the rising process commence. I let it rise twice, punching it down when it reached around double its original size. Punching dough is highly therapeutic. 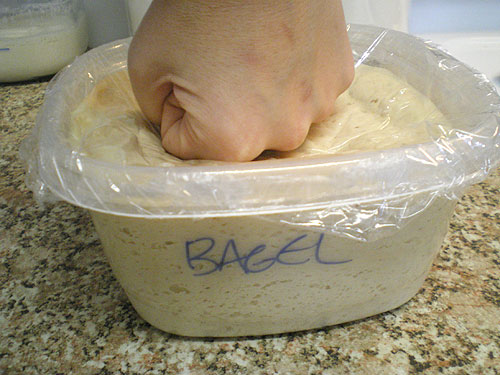 After the second punch, I kneaded the dough on a floured surface until it was smooth again. Then I divided it up into pieces and made bagel shapes. There are two ways to make them — roll out a long snake and connect the ends, or create a flat disc and poke a hole in the middle, then manhandling it until it’s the right shape and size. I tried both methods, and there was really no difference in the end product. 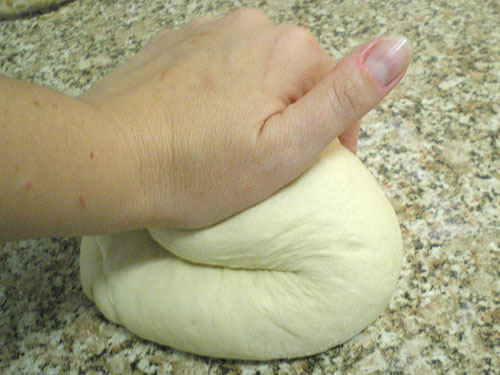 The key to bagels (and soft pretzels as well) is to boil the dough. This recipe calls for a 3-minute boil for each bagel. 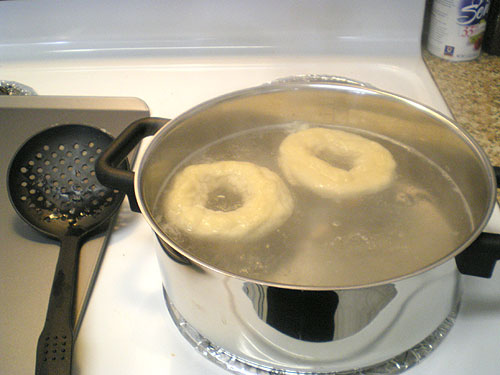 After they’re done boiling, they’re kind of pale and sticky and slimy. Not the most appealing thing in the world. 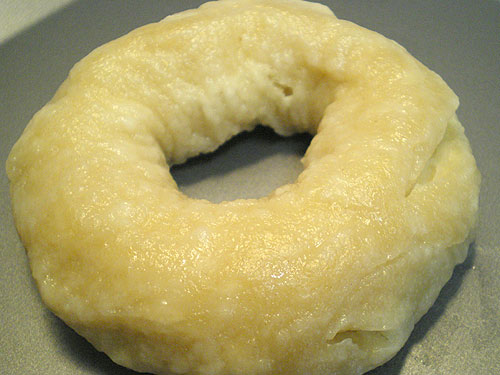 But after they’re baked, that slimy exterior turns into a great crust. And the inside was dense and chewy and delicious, with just enough sourdough flavor. 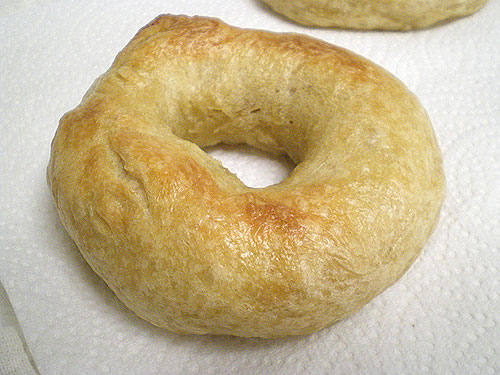 Mix ingredients, knead, roll into a ball and put in an oiled bowl. Cover with plastic wrap.

Allow dough to rise twice, punching down after each rise.

Remove from bowl, knead lightly, divide into 4-8 pieces (depending on whether you want regular sized bagels or mini-bagels). Form dough into rings by either rolling out a snake of dough and connecting the ends (pressing and rolling the ends together to seal well) or pulling dough into a disc and poking a hole in the center.

Boil bagels in a large pan of boiling water for 3 minutes each.