I’ve been slacking on updating as of late. But it’s not my fault!

Well, it kind of is. I’ve been reading my face off some more. I returned my stack of five big, heavy hardcover library books, and somehow ended up with another stack of five. All of which I need to get through in the three-week borrowing period.

Plus, I’ve been playing a video game. I don’t know how all of you out there are, but when I’m gaming, I’m a collector. I have a need to tackle all of the side missions, gather all of the valuables, and get as many Xbox achievement points as I can. 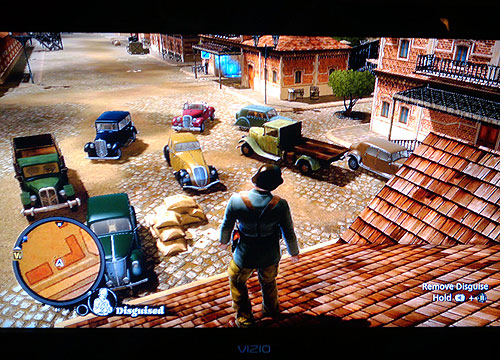 My current game is The Saboteur, the last game from Pandemic (the guys who also made the Mercenaries games). It’s an open-world sandbox with a main story, several side stories, and freeplay targets up the wazoo. Just one example is that you can collect all of the various cars on the streets. As you can see here, I’ve put together a small assortment of classics. Scott just walked by, looked at this picture, and called me “the Jay Leno of Nazi-occupied France.”

I’ll be at this game for weeks. And when I’m done, a coworker has loaned me Assasin’s Creed 2. Which will then probably occupy my spare time for another month, because achievement points are like Pokemon for me. 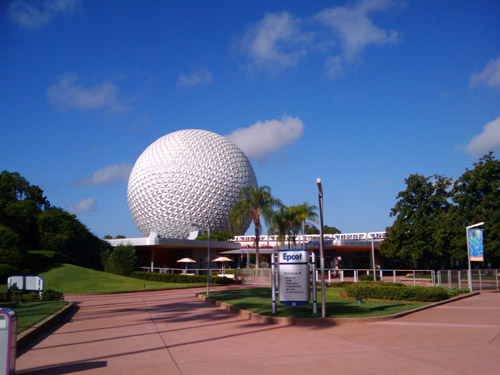 This was my view walking in yesterday morning. Things are good.

And while I’m moving pictures from my phone to the computer, here’s one from when I was stopped at a traffic light the other day. It sums up some of my issues with Orlando taxicabs. 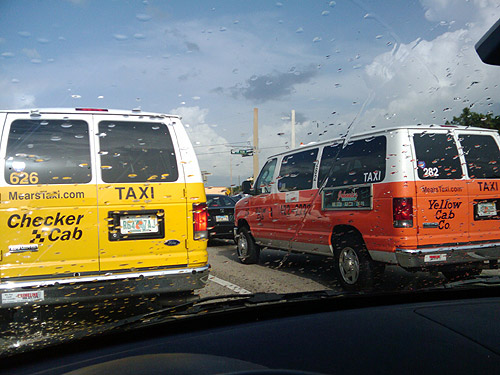 See, the “Checker Cab” isn’t checkered. And the “Yellow Cab” is orange. And they’re both run by the same company anyway, and have the exact same phone number, so why the different names? Mears, who also runs a lot of buses and shuttles in this town, owns something like the top four cab companies. That’s not to say that others aren’t trying to horn in on popular names; I’ve seen “Chekard Cab” and “Chek-Her Cab” out on the streets.

Also, this town has the slowest taxi drivers I’ve ever seen. Guaranteed to go 5-10 mph under the speed limit, no matter what road you’re on. I thought taxis were supposed to be dangerously fast!