The Best Roller Skating Movies Ever Made

I dig roller skating. And yes, there are movies all about roller skating, like Roll Bounce and Roller Boogie. But I really prefer movies that are about other things (political wranglings, dystopian futures) that just happen to have a boatload of roller skating involved. So here are three recently-viewed movies full of craptacular magic on 8 wheels. 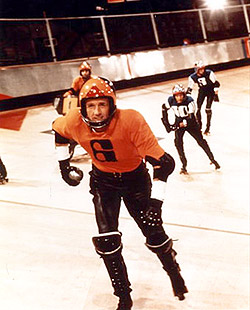 #3: Rollerball (1975) – I haven’t seen the 2002 remake. I don’t think I want to see it, so the total cheese of the 1975 version remains at the forefront of my memory. James Caan as a sports hero? A moustachioed lotharo named Moonpie? And a roller skating game that ends in death? It’s all pretty awesome. My main problem is that there’s a lot of slow, slow portions. It’s almost as if Stanley Kubrick directed it. They could have cut a half-hour of boredom out of this movie, and it would have been so much better. 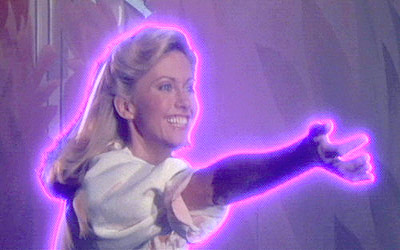 #2: Xanadu (1980) – We just got this via the Netflix. I hadn’t seen it for probably 20 years, at least. I remember loving it as a kid. There’s a lot of charming quaintness in this movie — the leading man’s job is to paint giant reproductions of record album covers for record stores. The movie takes place in a perfect movie version of Los Angeles, where all roads are smooth and skatable, and even the streets near the abandoned auditorium don’t have an ounce of grit or gravel to impede the skating. What I didn’t remember from my youth is that for every five lines of corny dialog, we then get a 10-minute music/dance/skate sequence. The music remains awesome, thanks to the 70s/80s majesty of ELO. But the leading man was an irritating wimp who needed a haircut, and I found it very strange that an artist’s unspoken dream would be to open up a roller disco. 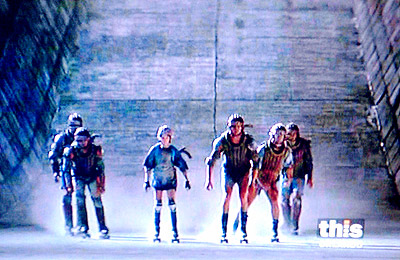 #1: Solarbabies (1986) – This movie is, for me, an 80s classic. It contains a bevy of 80s teen stars, like Jason Patric, Jami Gertz, Peter DeLuise, and Lukas Haas. Not to mention a side character played by Adrian Pasdar, better known as Nathan Pedretti on Heroes. It even has the ever-creepy Richard Jordan as the scenery-chewing bad guy, Grock. The Solarbabies are a group of “orphans” living in an “orphanage” (I use quotes because apparently, the’re not actually orphans; they’ve been taken from their families to be raised in a government facility) in a futuristic desert (water is strictly regulated by said goverment) where all desert roads are smooth and skatable, and even the path through the desolate wasteland doesn’t have an ounce of grit or gravel to impede the skating.

The Solarbabies gang find a magical orb, and go on a fabulous journey. It ranges from a Bartertown-esque city to an underground cave city to the secret government water stronghold. And what amazing characters! Besides the handsome boy and the pretty girl, we have the tech guy with glasses, the chubby guy, the black guy, and their much-younger mascot friend. A marvelous motley crew! And let’s not forget the stirring synth soundtrack from 80s favorite Maurice Jarre.

To this day, I can’t not watch this movie. If I see it’s going to be on one of the weird crap-movie channels (we have one called “THIS” here in Orlando that always plays terrible films) I have to record it. I’ve probably seen this movie over a dozen times, just in grabbing it from random TV showings. 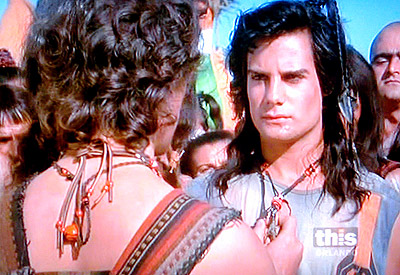 What other roller skating movies are out there? I tried to watch Whip It, and found it just as boring as the source book. Should I check out the 2002 Rollerball? Does it suck or rock? I’m all for corn and cheese, so bring on the badness!