I’ve been a total blog slacker. In fact, I went so long without a post, my advertising banner company dropped me. No big loss; I’ve just put up a rotating Amazon ad, wherein we can get a small commission on purchases. Thanks to those who have emailed and commented about my absence. I’ve been somewhat bound up with a few things as far as writing — a horrible case of too many ideas and the inability to land on one and actually do it. It’s like the opposite of writer’s block, I guess. So the best place to start is a recap of the last quarter.

First off, my health has been up and down, as usual. The vertigo came back in late October, big time. This time I got to go through a series of what they call Epley maneuvers, which are designed to shift the calcium crystals in your ear-tubes around. Some places do this by just having you lie down and twist around, but my ENT place has a specific Epley chair: 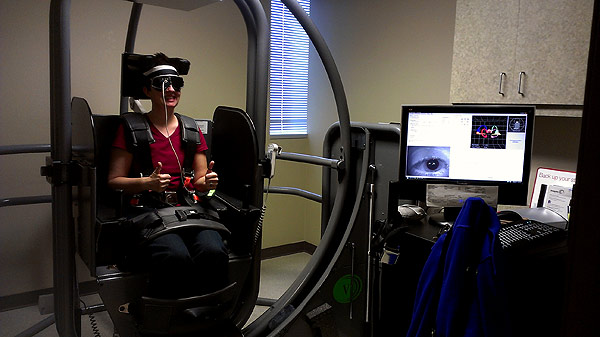 Yep, it’s like one of those gyroscope rides at the county fair. It’s used for both diagnosis and treatment. And even though I didn’t have the telltale signs they’d look for in Positional Vertigo (namely, a twitching of the eyes, which they monitor through the goggles), they put me through the whole treatment cycle anyway, since I was already strapped in. I then got a medication that turned me into a zombie, then a second replacement medication that turned me into an even bigger zombie. By the time they prescribed the third medication, the vertigo was on its way out, so we didn’t end up getting it. Hopefully this means that my crystals are realigned and I shouldn’t have any more problems.

Meanwhile! A friend gave us a copy of the game Borderlands, which at first didn’t look all that interesting. Then we started playing it, and I got completely sucked in. Because it’s the best of all possible games for me — an open-world shooter where I can collect all the things. 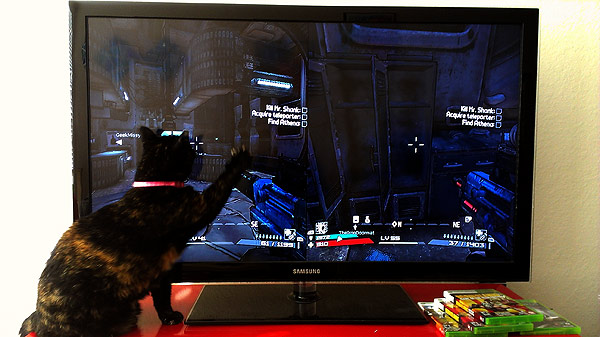 Even Trouble is fascinated by it. Then they had the gall to release Borderlands 2 in September, and I’ve been playing it now for four months. I’ve played through the storyline around 6 times, and keep working on collecting more guns. Better guns. Cooler guns. Really, it’s a sickness. It’s also the first game I’ve wanted to play multiplayer in, so I finally joined Xbox Gold.

They opened a new Red Robin restaurant 11 miles from our house. Which means we no longer have to travel over an hour to get those burgers, with those fries, with that fry seasoning. 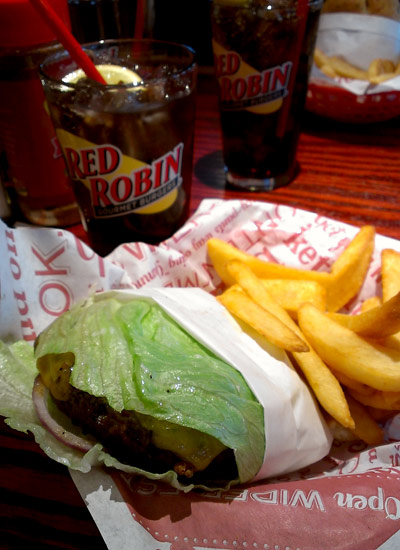 They’ll even wrap your burger in lettuce. They do have a gluten-free bun, which I’ve tried, but it’s kind of a strange texture. And really, it’s just added carbs when the lettuce works just fine. Perhaps this restaurant opening has something to do with the holiday weight I’ve put on.

Speaking of the holidays, they happened. 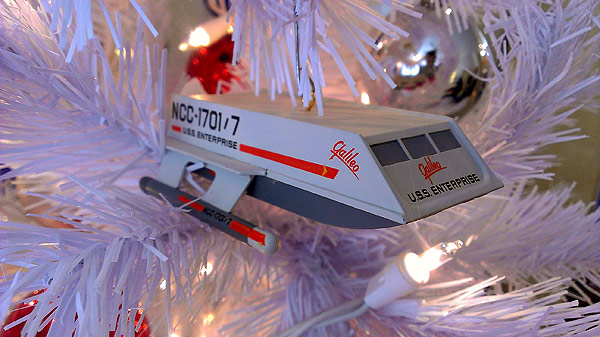 Sadly, we no longer have the kind of lights that our old Trek ornaments can connect to. I guess after 20 years, they were bound to design different sockets.

During the holiday season, when we went to a Barnes and Noble to find a calendar, we happened upon a few of Scott’s books on the humor shelf: 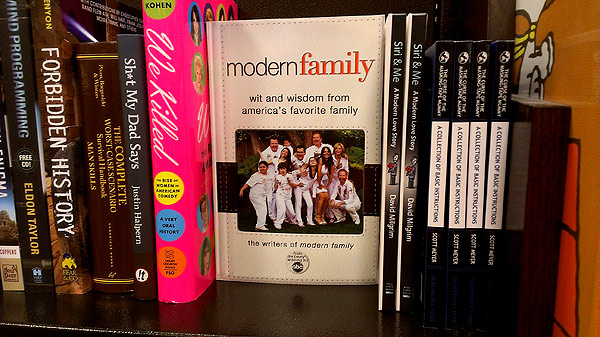 That was really nice to see. Quite a few friends have sent us pictures of the 2013 Basic Instructions calendar in their local Barnes and Noble stores, so that’s also really nice. Sounds like the calendars have done well.

January came, and I got to spend a day in the emergency room. 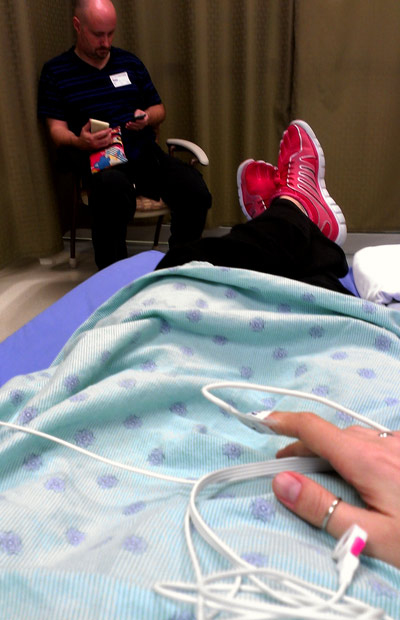 Just like a couple of years ago, I went in with chest pain, nausea, lightheadedness, and the feeling that I couldn’t get a deep enough breath. I was sure it wasn’t my heart, but the regular doctor wouldn’t see me unless I got my heart checked out at the ER first.

As suspected, the old ticker is great. Both it and my lungs get a clean bill of health. which then begs the question, what the hell is wrong with me? It was kind of like the panic attacks I’d get from the vertigo, but somewhat different. My regular doctor now has me trying proton pump inhibitors, because the next most likely thing it could be is GERD. I have been burping a lot lately. We also agreed that whatever is physically wrong with me, anxiety undoubtedly makes things worse. So now we’re in the diagnostic phase, where we try to figure out: is it a physical problem which can be fixed, thus ending the need for panic attacks? Or is it anxiety, which then gives me physical manifestations?

I’m sure there will be a lot more tests in my future. But at least I’m not having vertigo right now.

I’ll leave you with some gardening. I finally got a Meyer lemon tree, since the tree I have that’s labeled as Meyer lemon is actually a lime tree. They’re both flowering like crazy (here’s the lime tree): 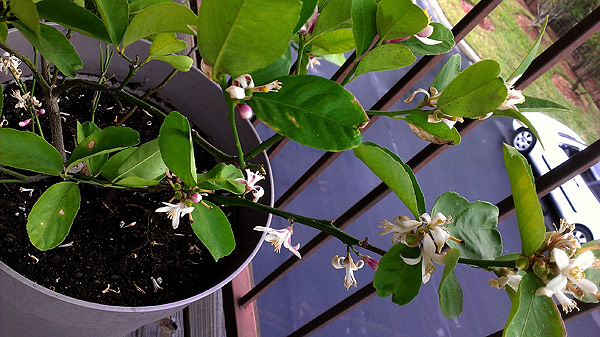 So if it turns out that I have GERD, growing acidic citrus is the perfect hobby.