Nothing Pink Can Stay

I’m loving the exotic hair color, but what I’m not loving is how fast it fades. Three weeks in, and the bright pink made it to a salmon-ish color, thanks to the pink fading and revealing the orange undertones of my bleached hair. I used the second half of the tube of magenta and left it on for a good two hours, so I’m freshly fluorescent again. I’m thinking once this pink fades, I’ll make my way to purple, then from there to blue. I figure as my dark roots grow out, I’ll want a darker color on top so it isn’t that drastic of a difference. 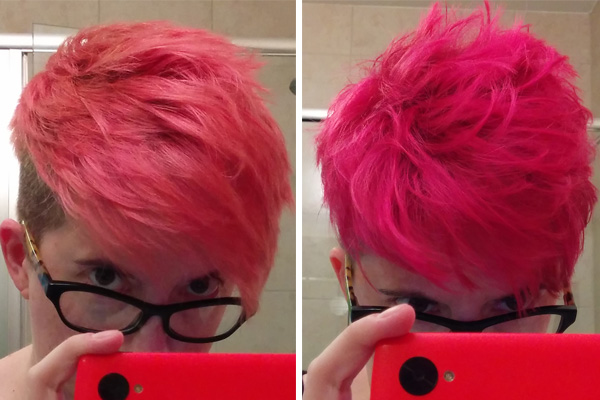 This should get me through to Arizona; then I’ll go purple after we move.

Speaking of the move, we’re packing and cleaning a little bit every day. Sometimes, we have helpers. 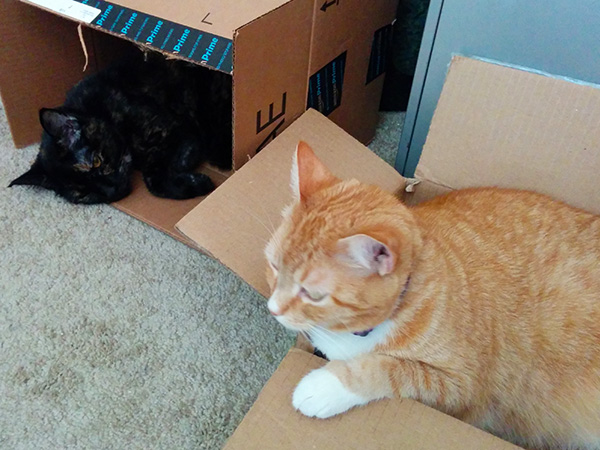 We have everything booked, from cat airfares (they’ll ride in the cabin, under the seats in front of us, as our carry-ons) to the moving cube for our stuff, to moving dudes on both ends. I feel as ready as I’ll ever be, I guess.

We’ve culled a lot of stuff out — a lot of clothes and kitchen stuff went to Goodwill, and we donated lots of books to the library. I still kept tons, of course. Here’s a peek at the paperbacks I’ve kept. You can tell some of them are older and crustier than others. 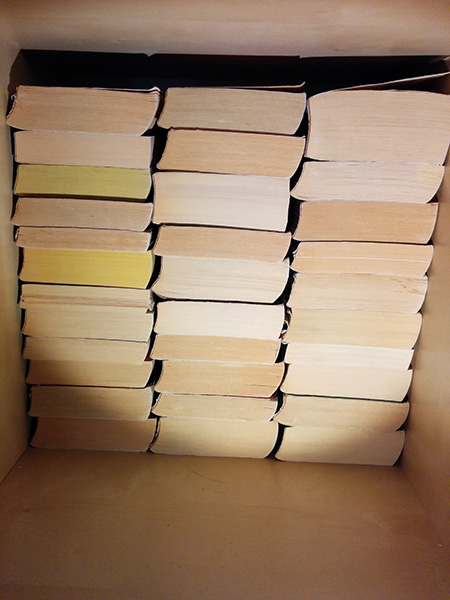 Some of them, the pages aren’t even stuck to the spine anymore. And yet I can’t get rid of them! Though they are a challenge to read.

We had a credit left at a place up in Winter Park called The Wine Room — they have hundreds of wines in the Enomatic wine dispenser machines. So we cruised up there and had ourselves a few tastes, and found a couple of new wines we really liked. 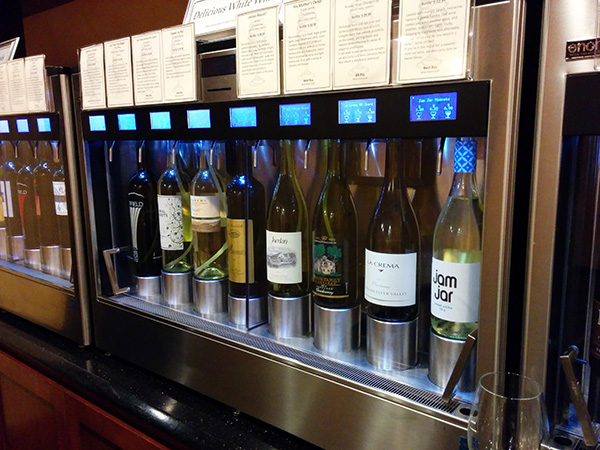 Although some of the descriptions didn’t sound all that appetizing: 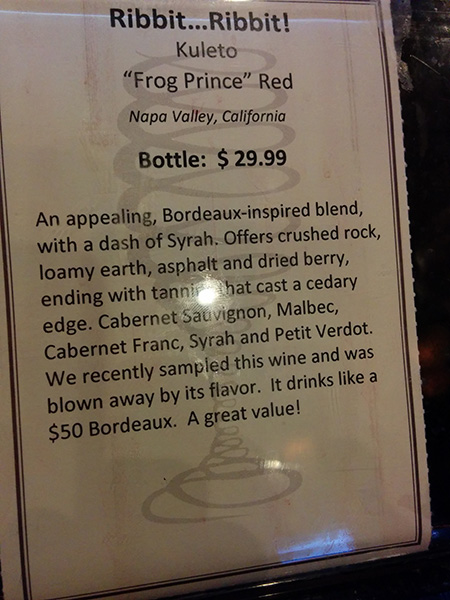 Somehow, “crushed rock, loamy earth, and asphalt” aren’t the flavors I’m usually looking for in a wine. We decided to pass on sampling this one. I like my wines mild, and a little sweet. Found a couple of Rieslings to get a full bottle of, once we’ve moved. (There are a lot of things that are being put on hold right now, and added to the “once we’ve moved” list. The less stuff I have to pack and have transported, the better.)

We cruised out to IKEA locally here, to decide which bed frame we want to get once we land in Arizona. It’s pretty much going to be [1] get the apartment keys; [2] set up the cats in a closed-off area with litter box, food, and water; and [3] go to IKEA to get a bed. We’re getting the Sultan Hanestad mattress, which is the newer version of our old Sultan Huglo which I love.

While we were there, I saw these light fixtures. Does anyone out there like them? They look kind of like wadded up tissues to me. 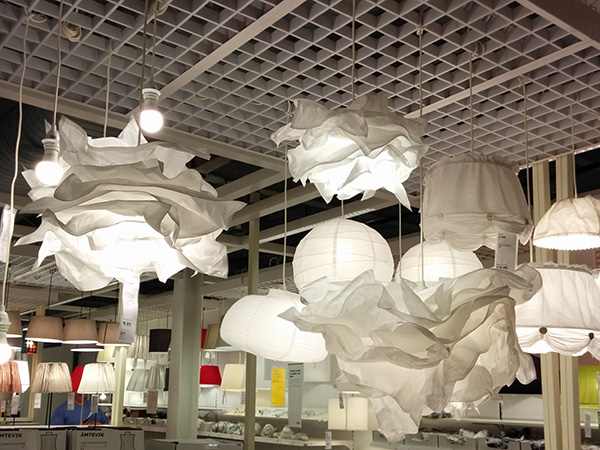 Eh, maybe if you had the right other decor in your house. Though I can’t imagine what that decor would be.

Last but not least, I finally found a place that serves gluten-free fish and chips. And it was right in my backyard the entire time! A place called Cookes of Dublin, in Downtown Disney, makes all of their fried stuff (fish, shrimp, onion rings, even mozzarella sticks) fresh to order, so you can get it in the gluten-free batter and fried up in a separate dedicated gluten-free fryer. 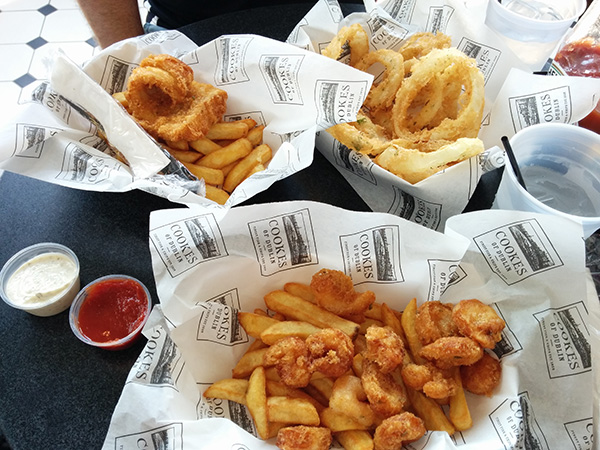 I haven’t had fish and chips in years. And it was great!! Plus, they mix a little bit of chopped parsley in with the gluten-free batter, so you always know for sure that you got the right stuff. We’ll probably have to stop by one more time before we leave the area, because who knows when we’ll find GF fried fish again?

So, that’s where we’re at. Busting ass and stressing out, but soon we’ll be rid of Florida for good, and launched on a new and exciting adventure!