I’ve been working on my hand-lettering lately; I’ve always been able to do several types of regular handwriting, but now I’m getting fancier, so I can fold that skill into my graphic design portfolio. (Did you know that there’s a whole handlettering / calligraphy community out there? Tons of great stuff to check out. The Instagram hashtag “#handlettering” alone has almost two million entries.)

I’ve acquired a few brushes and pens, most of them on the cheaper side, to see what I like. In my quest to find something that will make really fat lines, I’ve found several different kinds of “paint marker brush pens.” 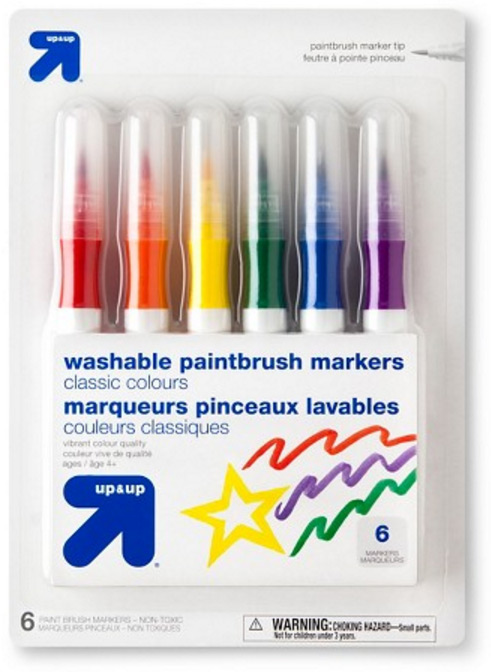 First up are the house brand (up&up) paintbrush markers I found at Target. These little guys were around four dollars for six colors (no black included). And I have to say, I really like the line you get from them! 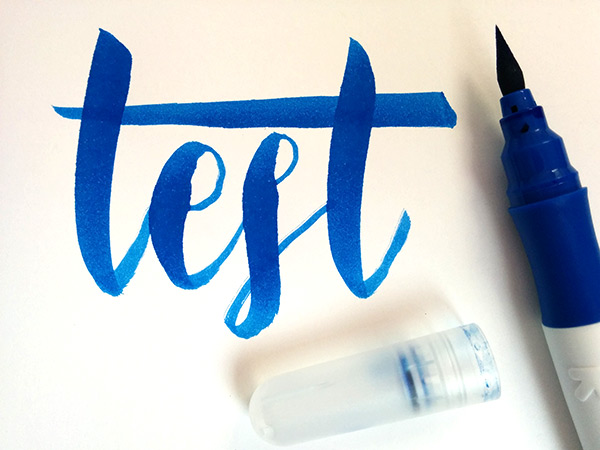 Nice and thick and heavy on the downstroke, yet the ink/paint doesn’t bleed through the cheapo cardstock I use. The thin upstrokes are a little sketchy, but that may be just because I wasn’t really warmed up when I wrote out these tests. 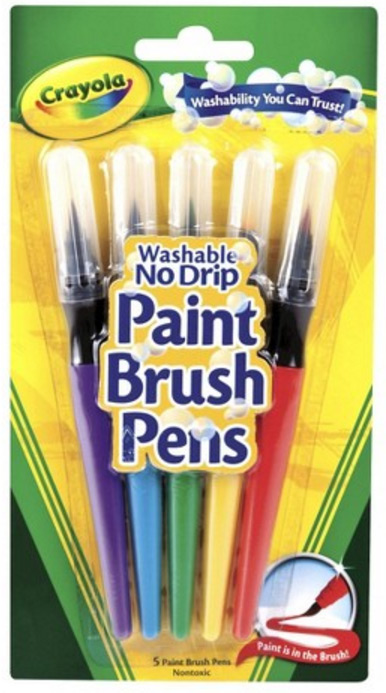 The Crayola Paint Brush Pens are obviously the product that Target is copying. Though you get only five colors with Crayola instead of the six Target gives you, and the Crayola pens are more expensive — about six bucks for the package. (Though in the grand scheme of things, a dollar and a quarter for a quality brush pen is a bargain.) 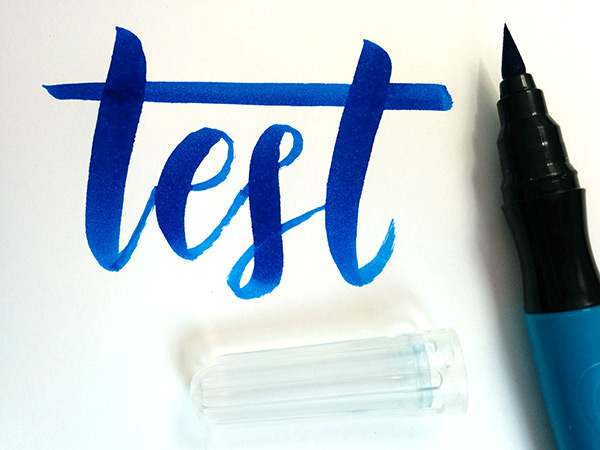 The feel of them is almost indistinguishable from the Target markers. A nice, thick downstroke, and you can get a pretty nice thin upstroke. The Crayola markers seem wetter and heavier than the Target set (although they still don’t bleed through the cardstock). My concern is that means they’ll dry out faster. Time will tell. I also worry about premature drying because the cap has holes along the base, so that the cap isn’t airtight. (The Target markers have a fully-enclosed cap.)

The Crayola pens also come in a 40-count box, which contains five sets of eight colors — finally, black is included. But I haven’t fallen in love hard enough yet to stock up that heavily. 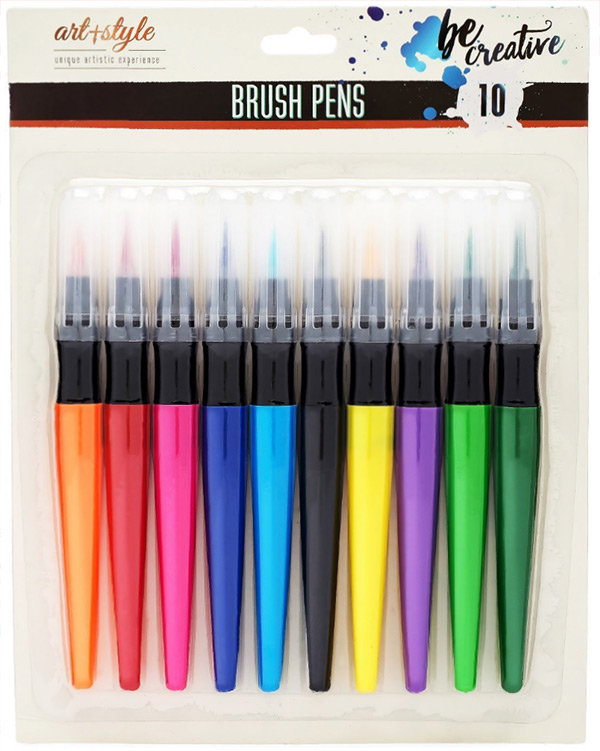 Last up are the Art+Style Brush Pens. These are the most expensive of the lot, at $15 for a package of 10 pens. (Still, a buck and a half each. Relatively cheapo.) And as opposed to the other two, these actually have a synthetic-fiber bristle brush at the end, not a flexible felt tip. And hey, black! 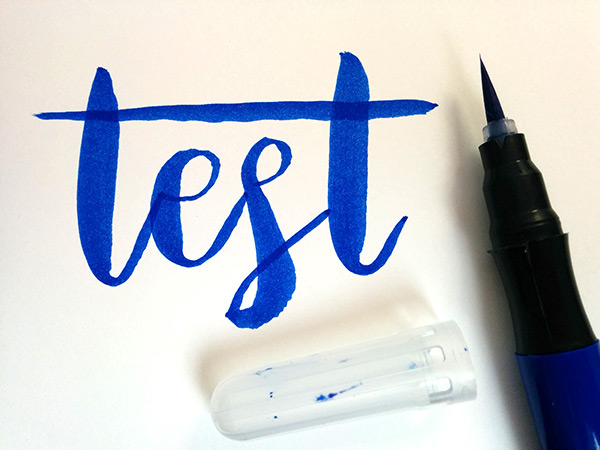 These are certainly a more difficult level of pen than the other two, due to the brush tip. With the felt tips, it’s much easier to make a consistent wide line. Brushes are a lot less forgiving. These brushes also needed a few test strokes to get primed; they’re pretty streaky right out of the gate. (I worry about drying with these too, since they also have holes in the caps.) I’ll have to work with these more to see how I really feel about them; I’ve been doing most of my work with felt-tip pens so far, so it’ll take some adjustment to find my comfort with these bristle-brush tips. 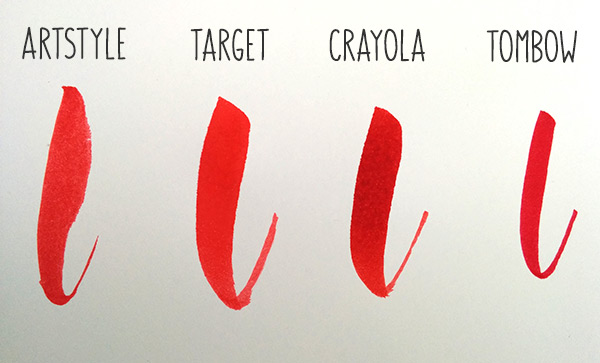 Here they all are side-by-side. You can see that the Crayola is darker and richer than the Target, and the Art+Style has the inconsistency of a brush (which can be an asset if you know how to work it). The last one in the row is a Tombow Dual Brush pen; they’re one of the more popular options for handlettering. But as you can see, the line doesn’t get anywhere near as thick as these new pens (though it does look much more smooth). The Tombow would be better than any of these new markers for smaller-scale work, or tighter spaces.

I’ve been working on more fonts using my handlettering — as always, they’re up on my Behance page if you want to check them out. 🙂