I love the hell out of them, but they’re one of those things that I always wanted to try making, but it always seemed a little too difficult. Anything involving actual canning — where you have to boil the jars and perma-seal the lids — seemed beyond my personal level of patience.

But then, life threw a left hook at me: I had to go on a seriously low fiber diet for a while. And this diet did not allow pickles. However, it DID allow salad cucumbers, as long as they were peeled and had their seeds removed.

Thus, I was spurred into action: was there an easy way to make pickles? And if so, could I use regular salad cukes to do it?

[Click here to zip down to the super-simple brine recipe, if you want to pass by all of the pictures.]

So I peeled some big ol’ grocery store cucumbers, used a spoon to scoop the seeds out, and sliced them up. 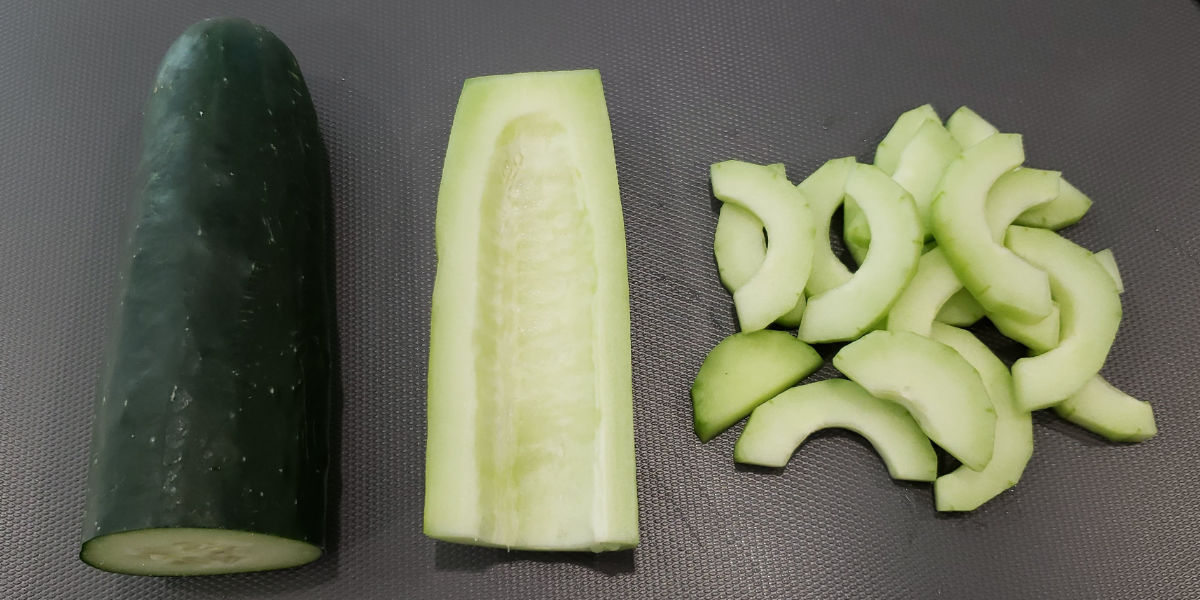 Then I threw a bunch of delicious things in the bottom of a jar: fresh dill, fresh garlic, peppercorns, and mustard seeds. 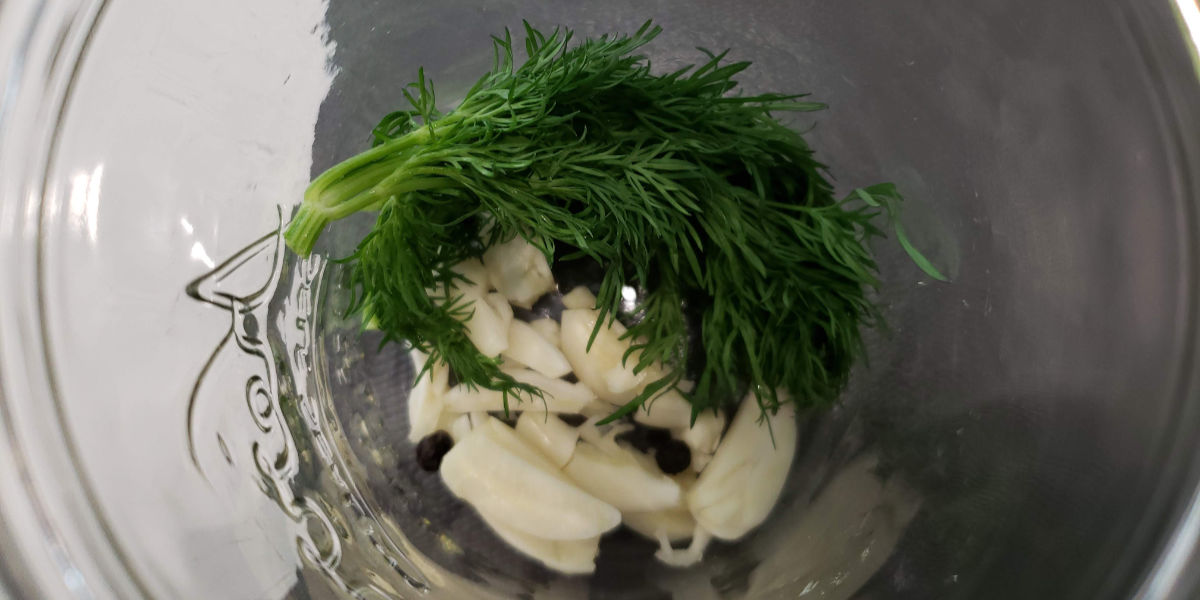 Then I whipped up the easiest brine imaginable, all made in one measuring cup. 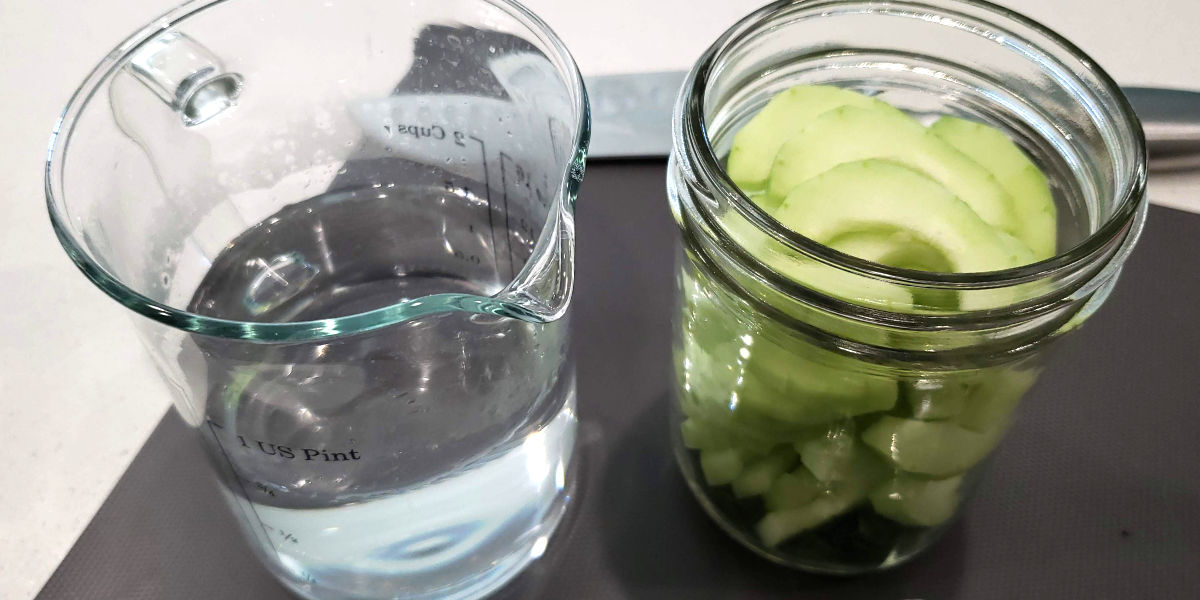 And I expanded my repertoire a little bit, so that Scott had some pickled things to sample as well. 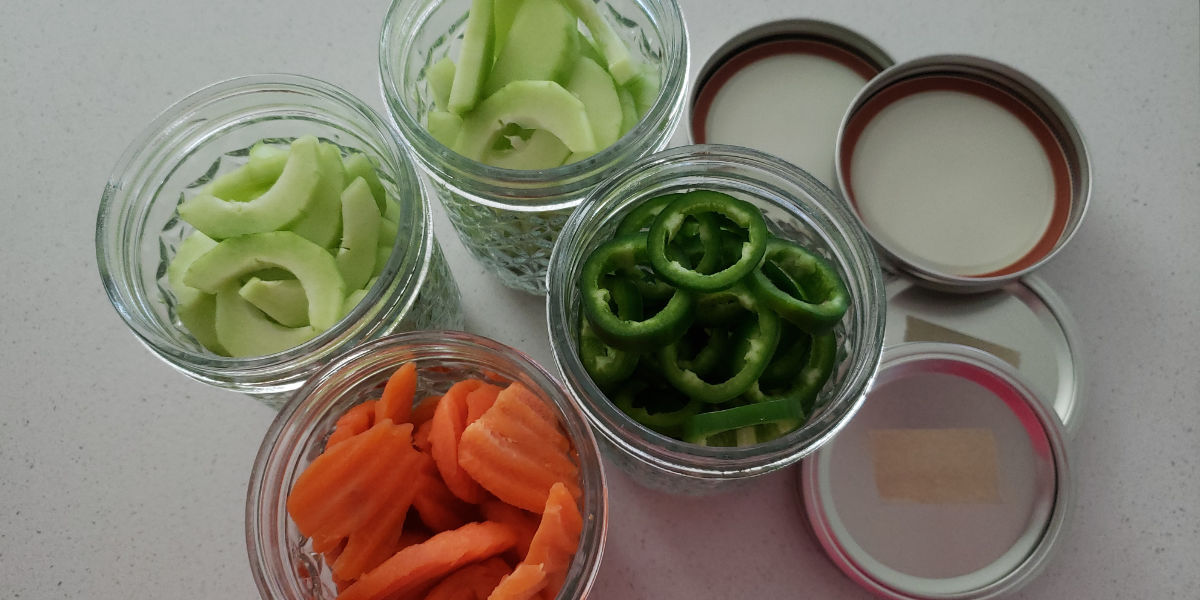 Once the brine was poured in, I just put on lids and threw them in the fridge. After 24 hours, they were shockingly tasty! The flavor kept developing, but just one day in, they were at probably 90% flavor. By day 7 (when I had very few slices of pickle left) they were at 100%. 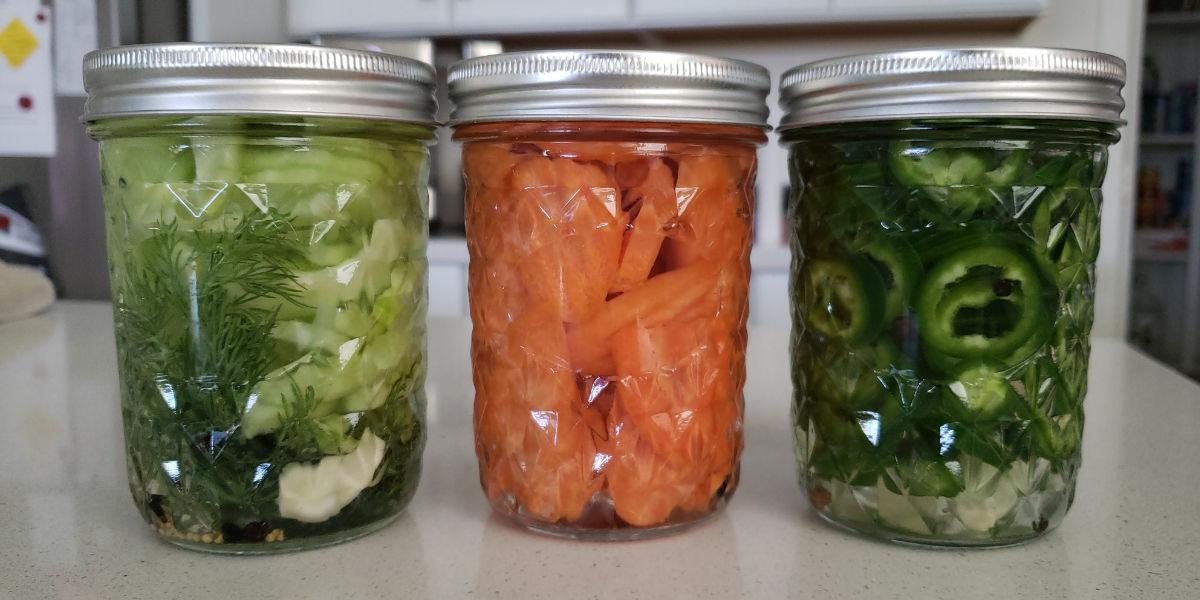 I did sample one of the jalapeño slices just to see. They were too hot for me, but Scott liked them. (I have to get the “tamed” jar of sliced jalapeños at the grocery store; my supertaster buds are way too sensitive for the full-strength ones.)

Once I was cleared to re-introduce fiber, one of the first things I did was make a batch of these with actual pickling cukes — seeds, skin, and all. They turned out very very tasty, and they were so easy to make! 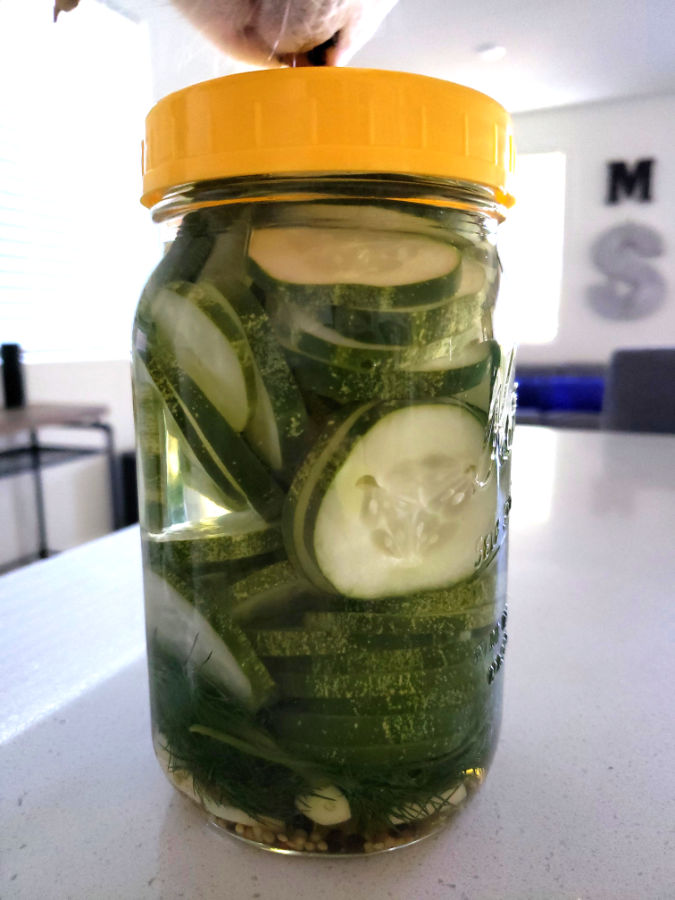 My supply is getting low, and it’s hard to find pickling cucumbers for sale around here. I’ve planted a vine in one of my garden beds, but who knows when that thing will ever produce a cucumber. So I may go back to salad cukes for the time being, since they’re so much easier to find in stores.

This is enough brine for a 1-pint jar plus a little extra.  If you’re making more, you can scale it up.

I recommend starting with 2/3 cup of hot water in a measuring cup. Dump in the salt and sweetener, and stir them around until they dissolve completely, and your water goes clear again. Then add the remaining 1/3 cup water at room temperature, and then add the 1/2 cup white vinegar. This way, everything’s dissolved, but you don’t have to wait around for your brine to cool!

Toss the flavorful bits into the bottom of your jar; fresh dill is better, but you can use dried dill in a pinch as long as you wrap it in something so that you don’t have loose little dill bits floating around. I “borrowed” one of Scott’s coffee filters and made a folded envelope, which worked really well.

Throw your chopped veggies in on top of the flavorful bits. (For the jalapeños and carrots, I didn’t include dill; just the other three.) Make sure you leave a bit of room at the top of the jar, so that all of your veggies will get submerged.

Pour your brine over the veggies, making sure that all veggies are underwater. 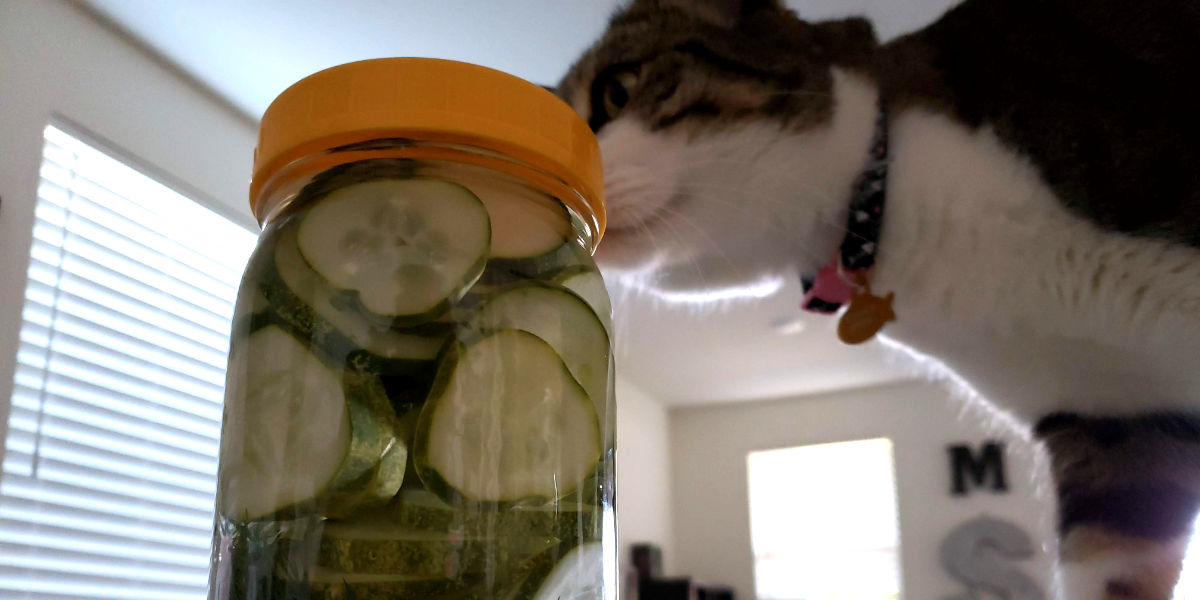 Optional step: enlist a supervisor to check over your work.

Stick a piece of tape on the lid and write the date on it, then put the jar in the fridge. Done! Starting the next day, eat pickles!

“They” say that these will keep for about a month in the fridge. But I have an almost-empty jar from May 27 (almost 3 months ago), and they’re still good. The flavor is INTENSE, but the quality is still fine. So time-wise, you do you.